The nonprofit Civica Rx was formed in 2018 to address a critical need: persistent shortages of generic medications, especially sterile injectables, in hospital settings. Some 50 health systems, representing 1,400 hospitals and one-third of US hospital beds, have been accessing these medications; additionally, the company is fulfilling deliveries to the US Strategic National Stockpile.

Now, the organization has created a new unit, CivicaScript, to provide its medications in hospital- or retail-pharmacy settings (ostensibly, to the consumers who are clients of its insurer partners). CivicaScript is supported by Anthem, Inc. and the Blue Cross Blue Shield Association (BCBSA), as well as 17 independent BCBS insurers. Combined, the insurers represent 100 million covered lives.

Gina Guinasso, JD has joined as president, CivicaScript. Guinasso comes most recently from OptumRx, a United Health Group company, where she was SVP of commercial and medicare formulary strategy.

At the same time, Civica Rx is adding new manufacturing capacity and additional manufacturing partners. In January, it announced a $124.5-million investment to produce medicines in vials and prefilled syringes at a Virginia location; startup date has not been disclosed. More recently, it announced that Catalent, the global contract development and manufacturing organization, will be a manufacturing partner, joining Sandoz, AMPAC Fine Chemicals, Thermo Scientific and Hikma as suppliers. Finally, there is a partnership building with a new generic manufacturer, Phlow Corp., that received federal funding at the outset of the pandemic to address domestic generic supplies.

With the creation of CivicaScript, the Civica organization becomes something of a group purchasing organization—but one that controls its own manufacturing sources. The company says it will use a “a cost-plus and price transparent model” to “work to deliver these medicines to US patients at a fraction of their current cost.” 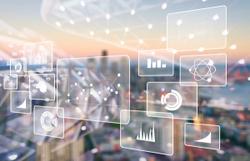 Maximizing HCP engagement as the definition of a sales ‘call’ expands