Marken/UPS, LifeScience Logistics and Packaging Technology Group are among the latest contenders

Even as supplying billions of vaccines against Covid-19 occurred over the past 18 months, there is underlying growth in temperature-controlled pharmaceutical distribution, and multiple service vendors are capitalizing on this trend. Most recently, UPS Healthcare’s clinical logistics unit, Marken, has announced ongoing or planned expansions for 2021-2022:

Most of these investments are geared toward cell and gene therapies (CGTs); like others, Marken is banking on the expectation (by FDA and others) that 20-odd CGTs will be approved over the next four years. The UPS Healthcare parent has added 390,000 square feet of warehousing capacity over the past year, including freezers for managing -80°C (-112°F) ultracold. According to the company, UPS Healthcare now has 74 facilities and over 11 million square feet of GMP storage.

Citing “unrelenting” growth in temperature-controlled pharma distribution, LifeScience Logistics, based in Dallas-Fort Worth, has announced a 440,000 square-foot, multi-client facility in the Indianapolis area coming in January, and has just acquired a 132,000 square-foot facility in Research Triangle Park, NC. The company now has nearly four million square feet of GMP capacity, across 14 locations in nine states. “We’ve watched the consolidation of third-party logistics providers across our industry and are proud to be the last and leading independent standing in a sea of middle-market demand,” says Richard Beeny, CEO. “Our clients are saying ‘please build it, we need more.’”

Meanwhile, Packaging Technology Group, a longtime supplier of insulated containers for life sciences shipments, is opening a 73,000 square-foot facility in Fort Worth, TX—its third new location in the past 18 months. The facility will supply the company’s recently announced TrueTemp Naturals-branded line of reusable or recyclable containers. “Demand for eco-friendly products” is rising, says company founder and CEO Bill Blezard. 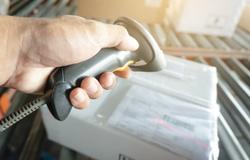 Schreiner MediPharm one of ‘Alliance to Zero' founding members