For all the good things AI, machine learning and big data have brought to the world of pharmaceuticals and the practice of healthcare, there is still a strong sentiment out there that these tools have yet to put a dent into the high rates of clinical trial failures. Documented for years, various numbers and odds have been cited. One that’s circulated of late finds that about 89% of novel drugs successfully advanced from mice-based studies fail in human clinical trials, with roughly half of the failures due to unanticipated human toxicity.

Analogies attempting to put these numbers into perspective spring up on occasion, also in the context of the high cost of drug development, but this one I heard from Isaac Bentwich, a genomicist and serial AI life sciences entrepreneur, in a recent conversation kind of resonated: “Imagine a world where you’re in real estate, and you go to the best architect in the land, the best engineer in the land, and say, ‘I want you to build me a skyscraper,’ and they say, ‘we are the best in our trade, here’s what we’re going to do: we will help you build 10 skyscrapers, we will guarantee that nine will crumble, we don’t know which nine, and we will up the rent of the remaining building.'”

Bentwich, today founder and CEO of Quris Technologies, an AI platform company and the third tech outfit that he’s launched, acknowledges the dramatic effect, but says the mechanics are spot-on in describing the current state of drug development. Of course, risks and the unknown factor will likely always be inherent in clinical trials—failure is never too far away, with so many variables at play. But Bentwich and others believe the still-low drug success rates are due largely to the lack of efficient ways to predict which candidates will be effective in the human body. Not all biological data is created equal, the belief is, and according to some, current AI-pharma players still rely on traditional data points—limiting their value to the same endpoint.

That’s where this whole notion of next-gen AI enters the picture, in Quris’s case with what the company calls Bio-AI, a clinical prediction AI approach combining powerful deep learning with high throughput biological validation. Quris, focusing initially on rare genetic diseases that cannot be modeled in animals, works closely with “clinical trials on a chip”, a technology that emerged in academic, NIH and some industry research circles in recent years. Also called “patients on a chip,” it’s the idea of using miniature bioengineered models of human tissues and organ systems, along with nanosensors, to evaluate newly discovered drugs. Quris is developing a self-training AI platform to work with these devices, with the mission of better predicting clinical safety and efficacy for new drug candidates.

“So not in a sense that it replaces clinical trials but before going to clinical trials, you’re actually testing the drugs on a bunch of genomic variables,” Bentwich told me. “Take 1,000 drugs that have shown to be toxic, and take a thousand drugs that have shown to be safe and run each one of them on this platform of patient on a chip with the genomic variability. And then train the AI using this data. When you then run an unknown drug on the system, you ask the AI is this more like the safe ones that I’ve shown you or the unsafe ones?”

In securing access to thousands of patient genomes, Quris has an exclusive collaboration with The New York Stem Cell Foundation. The company is also working under the scientific guidance of industry visionaries such as Nobel Laureate Aaron Ciechanover and Robert S. Langer, co-founder of Moderna. Headquartered in Tel-Aviv and in the process of opening a lab in South Boston, Quris is preparing to launch a Phase I clinical trial next year for a drug using its Bio-AI prediction platform. The drug is for Fragile X syndrome, a trigger of autism and cognitive disability, and a notoriously difficult condition to treat.

“It’s not just sufficient to have powerful algorithms,” says Bentwich. “AI must have predictive value to be effective.”

Look for more of my conversation with Bentwich in a Q&A on our website in the coming weeks. Clinical trials on a chip is one example of emerging innovations in AI-powered data intelligence in pharma, some of which we explore in our November issue. I remain impressed with efforts around natural language processing (NLP) to help characterize hard-to-diagnose diseases and improve screening rates for clinical trials.

And, as Ariel Katz, CEO of H1, notes in our “Last Word” column, where he outlines the key trends that will shape medtech in 2022, wearables helped with the Covid-driven shift from in-person to in-home or remote clinical trial reporting, and enabled extended tracking of patients to generate more meaningful and longer-term data. Chances are good many of these new AI approaches will have equal staying power.

Michael Christel is Editorial Director of Pharmaceutical Commerce. He can be reached at mchristel@mjhlifesciences.com. 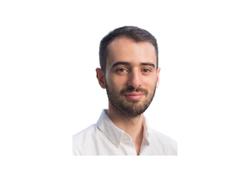 What’s Next for Med Tech? 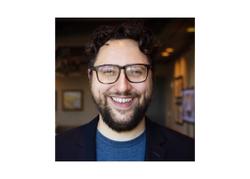 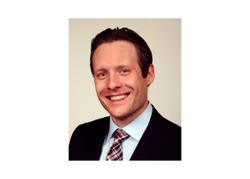 The Pulse of Digital in Pharma