A fake drugs intrusion in the US—with a twist

There appears to be a new type of counterfeit drug distribution in the US—but one that has a quite distinct distribution “channel,” so to speak. A just published article in the Annals of Emergency Medicine details the case of a northern California patient who apparently routinely purchases Norco (hydrocodone/acetaminophen) tablets on the street, in order to treat (so the patient said) chronic back pain. But on a certain day, the tablets she purchased were in fact fake drug that contained fentanyl—a synthetic opioid analogue that is 100 times more powerful than morphine. The patient became nonresponsive and was revived by emergency medicine personnel with naloxone, the go-to antidote for opioid overdose. The emergency personnel identified the fake drug based on the discontinuity between what the patient said she had ingested and what a serum analysis revealed—the presence of fentanyl.

Norco is a brandname of Watson Pharma (now Actavis); according to the article, the fake drugs “bore the usual Watson imprint but were beige instead of white.” (The article makes reference to other instances of opioid overdosing that implicate Mallinkrodt’s hydrocodone/acetaminophen product, with pills embossed with “M367.”) China is believed to be the source of most of the fentanyl-laced knockoffs.

It has long been known that drug abusers, purchasing prescription drugs on the street, will seek out branded products on the assumption that their effects are well understood. Typically, these drugs are stolen or diverted from legitimate distribution channels, or sold by patients who received legitimate prescriptions. Less well-recognized is the ability of drug counterfeiters to introduce their products into this street market. Most cases of drug counterfeiting in recent years in the US involved drugs improperly imported and distributed through legitimate distribution channels, such as the fake Avastin that showed up in 2012; street Norco is clearly not such a case. Nor is it likely that the street drug will flow into legitimate drug distribution channels—but it is possible.

The Annals case study is but one instance of the wave of opioid overdoses and deaths that occurred in northern California in late 2015 and 2016; in one form or another, illegitimately manufactured fentanyl is now a common element of drug abuse outbreaks. In turn, fentanyl (which has FDA-approved therapeutic applications) is only one of a growing variety of synthetic opioid analogues, together with heroin, now reaching crisis levels of abuse. The Annals study makes the point that medical personnel treating overdosed patients cannot assume that the cause of the overdose was the compound indicated by the drug’s appearance. 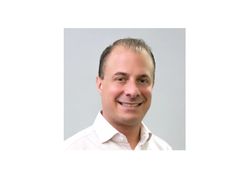