Of special note to pharma manufacturers are initial results of patient adherence programs, run by McKesson Patient Relationship Solutions group, and funded by manufacturers trying to improve the adherence rates of patients on their therapies. In two pilot programs for recently introduced products—one for smoking cessation, and one for chronic obstructive pulmonary disorder (COPD)—McKesson was able to show improved adherence (more patients returning for refills) rates of 24% for smoking cessation therapy, and 50% for COPD. In both cases, the intervention involved a short discussion with the pharmacist during the first fill and first refill (figure).

Better adherence is a challenge for the entire industry, and programs have been set up (usually with manufacturer funding) by physicians, hospitals, PBMs and pharmacy chains, mostly with less-than satisfactory results.

Brian Bertha, McKesson SVP of marketing, says that the McKesson offering takes advantage of the trusted position and frequent interaction between neighborhood pharmacists and patients, and the ability to “insert” appropriate messaging and recordkeeping in the EnterpriseRx pharmacy-automation system that McKesson-supplied pharmacies often use. “The adherence intervention fits smoothly into the pharmacy workflow,” he says. A similar setup is also being piloted for medication therapy management (which usually involves a more in-depth counseling session).

McKesson also touted its 2,300th Health Mart franchise, which it says makes it the fourth-largest network of pharmacies (behind the top three chains) in the nation. McKesson is seeking to support independent businesses with its pharmacy automation software, business consulting services, and, now, the ability to tailor a HealthMart.com specifically to individual pharmacies. The company is also experimenting with central fill for independents. (“Central fill” is the process of filling prescriptions at the distributor, then delivered ready-to-dispense prescriptions to the pharmacy, rather than bulk shipments.) In this way, contends McKesson, pharmacists will have more time to consult with patients. PC 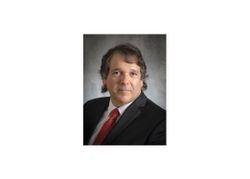 Today's hub blueprint: Lock in on the journey 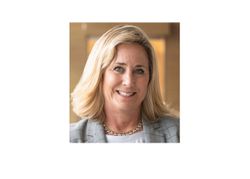 Keeping the message moving during Covid