Our Readiness for the Attack of the Flu Bug

The combination, in this issue, of our annual Product Security Report, plus a news feature on late-breaking developments in the preparations for the H1N1 flu vaccination campaign (p. 9), allows me to prognosticate on something about which I don’t think I’m sticking my neck out by even an inch: There will be reports of counterfeit or adulterated vaccines showing up as the flu season reaches its peak. For one thing, there were such reports last spring, when the H1N1 flu first showed up. For another, (as the news item relates), H1N1 is going to be distributed via an essentially novel supply chain, involving the Centers for Disease Control, state public health authorities, and a whole grab-bag of vaccine administration staff, determined state by state (i.e., it’s up to individual states to monitor who’s actually delivering vaccines to patients). And this is all being done under extraordinarily compressed time frames.

I’m not trying to be alarmist with my prediction. As the Product Security Report details, there is a continuing stream of fake or adulterated product sloshing around in the US distribution system all the time. The latest twist seems to be a run of truckloads of legitimate product being hijacked by thieves, mishandled, and then introduced into normal pharmaceutical distribution channels (emphasis mine), and making people sick. More fake product shows up, more people get sick—we seem to have developed a tolerance for what is an avoidable situation. A year has passed since the postponement of the California e-pedigree standards, and the relatively low level of industry activity (in the US; in other parts of the world, drug tracking technologies and processes are rolling ahead) makes one nostalgic for those lively California Board of Pharmacy meetings that were occurring quarterly during 2007 and 2008.

And if these bad-vaccine stories do crop up, they will overarch a great story that is already coming together: How the US pharmaceutical distribution system met the challenge of delivering what one participant has called “the largest single public health action in the history of humanity.” Authorities are planning for at least half the population of the country to be vaccinated in roughly a four-month period. Some very good news was received by the industry in early September—that patients won’t require a twofold injection, which would have doubled the scale of the task. It’s also worth noting that vaccine administration has a cold-chain delivery requirement: Products must be kept in a cooled condition throughout their distribution and storage. We’re keeping our fingers crossed that the whole process runs smoothly. 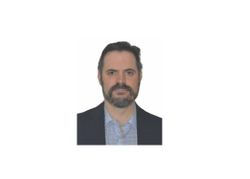