The White House finally decided to nominate Robert Califf to once again take the reins of this complex and vital regulatory agency, acknowledging the difficulty of finding an experienced and capable administrator without visible industry ties. Califf’s appointment has been discussed and analyzed for months and now moves forward at the last moment.

Under federal rules, Acting Commissioner Janet Woodcock would have had to leave that position by Monday. Now, however, she can remain in place during the Senate confirmation process for Califf, which could take some time in the face of a very packed year-end schedule for Congress. Although many policymakers and medical leaders backed Woodcock for the top job, she ran into opposition from some legislators and consumer groups that considered her too close to industry and blamed her for authorizing market approval of opioid pain killers, later found to fuel addiction and deaths.

Califf had a brief stint as FDA commissioner in the waning months of the Obama administration, taking the helm following the departure of Margaret Hamburg from the top spot in 2015. His confirmation at that time met only minor opposition in the Senate, and was supported by then majority leader Mitch McConnell. Most research advocates consider Califf’s long experience in overseeing clinical trials a plus, while public health groups applaud his strong opposition to tobacco use. Califf has extensive academic credentials, as well valuable experience as a consultant to drug developers and most recently as top official at health tech firms, Verily Life Sciences.

His appointment by President Biden ends months of uncertainty about the future path for the high-profile agency. FDA has played a central role in orchestrating the development of vital anti-Covid vaccines and therapies, along with facilitating supplies of critical diagnostics and medical equipment, and the new commissioner may face the early challenge of vetting and approving important new therapeutics to combat the virus.

The Friends of Cancer Research, a leading advocate for biomedical R&D, called for quick confirmation of Califf to provide the agency with “a strong and respected leader” who can ensure that FDA will continue “to be patient-centered and driven by science and not politics.”

Early challenges for Califf, if confirmed, will be to shepherd FDA’s budget plan for 2022 through the legislative process and to gain Congressional approval of vital new user fee plans in the coming year. 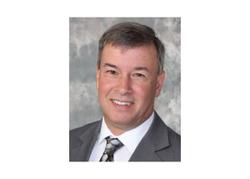