Pharma prices and patents under attack

As pressure mounts on Capitol Hill to enact legislation designed to reduce federal outlays for prescription drugs, the drive for “vaccine equity” around the world is bolstering efforts to limit patent protections on innovative medicines and vaccines to combat the global pandemic. In a surprise move, the Biden administration has announced support for waiving international protections on intellectual property (IP) under the World Trade Organization (WTO) to expand access to anti-Covid vaccines. US trade representative Katherine Tai stated that a limited waiver on IP protections for certain products would be negotiated by WTO to help end the worldwide pandemic and block the emergence of new viral variants.

Biopharma leaders countered that even with patent waivers, the new vaccines will be difficult for foreign manufacturers to produce quickly and safely. Instead, US and European manufacturers seek to maintain IP protections by ramping up vaccine donations and supplies of production materials for India and other countries with capable vaccine production facilities to increase local production. Moderna recently promised to send 500 million doses of its Covid vaccine to COVAX, the vaccine supply program for the World Health Organization (WHO), while Pfizer earlier donated $70 million in medicines to India to help treat the surge in coronavirus infections and deaths. Moderna had previously said that it would not enforce IP protections for its mRNA-based vaccine, but that has not led to new production overseas. And AstraZeneca and Johnson & Johnson already have licensed their vaccines to foreign manufacturers.

Industry’s main message is that patents drive biomedical innovation, which has been responsible this past year for remarkably fast action in developing new vaccines and treatments to combat Covid-19. Loss of IP protection would open the door to drug developers in China and Russia to tap confidential information held by western firms and would do little to help manufacturers in developing nations move into vaccine production.

Meanwhile, Congressional leaders are proposing legislation to drive down drug costs at home to finance expanded social and educational benefits under the Biden administration’s American Families Plan. So far, the White House appears willing for Congress to take the lead on the drug pricing debate, with President Biden omitting specific price reform provisions from this latest legislative package.

The main arguments for and against drug pricing proposals were aired at recent hearings before House Energy & Commerce and House Education & Labor subcommittees. Patient representatives, consumer advocates, financial analysts and leading academics made their cases for legislative proposals to shape drug development and patient care: Reformers claimed that costly therapies limit patient access to life-saving treatments, while heavy spending on medicines drives up health care costs for all. Industry analysts maintained that the free market for medicines in the US benefits all by supporting hefty investment in high-risk biomedical R&D. They argue that actual drug prices are tricky to assess; patient out-of-pocket costs are driven more by hospitals and insurance practices; and greatly expanding competition from Chinese and other subsidized manufacturers is challenging innovation in the US and Europe.

Senate leaders also are looking to revise earlier pharma pricing measures to gain sufficient support from Republicans to move forward. Earlier legislative efforts by the Senate Finance Committee were blocked by the GOP leadership, and moderates could still shy away from proposals strongly opposed by industry and certain patient groups.

Meanwhile, Democrats disagree on how the administration should use the savings generated by drug price reductions. Moderates look for added revenues to strengthen coverage under the Affordable Care Act and to bolster biomedical research and drug oversight. Progressive reformers, however, want to use the gains to expand Medicare and Medicaid as next steps towards a universal health care system.

Up until now, the White House had signaled that it wants to avoid a major confrontation with the biopharmaceutical industry, which has earned plaudits for record development and production of critical Covid vaccines and therapies. President Biden recently signed into law two bills designed to enhance approval of new generic drugs and to encourage prescribing of biosimilars, and other more targeted reform measures may gain support if broader pricing measures fall off.

At the same time, financial reports reveal huge increases in revenues and profits for the makers of pandemic vaccines and therapies. Pfizer recently predicted $26 billion in Covid-19 vaccine sales this year, likely its biggest source of revenue. Analysts also are documenting a broad increase in global spending on drugs and vaccines last year, and the rise is projected to continue. A WTO resolution waiving IP protections only for Covid-19 vaccines in itself is unlikely to erode sales for existing products, as it is expected to take weeks or months to negotiate. The larger danger is that it could set a precedent for similar action on treatments for other critical diseases and further encourage political attacks on pharma operations and profits.

Business and FinanceLegal and Regulatory 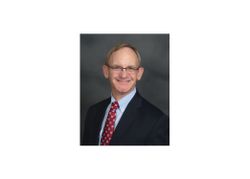 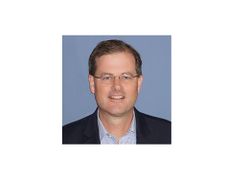