Regeneron takes over as sponsor of the Science Talent Search

For once, the biopharma industry has generated some happy news: the Society for Science and the Public (SSP), managers of the Science Talent Search for American high school students, has selected Regeneron Pharma as the sponsor for the next 10 years. Regeneron replaces Intel, which was the sponsor since 1998; back then, it had replaced the original sponsor, Westinghouse. The Westinghouse Science Talent Search began in 1942; going forward it will be known as the Regeneron Science Talent Search. Regeneron is committing $100 million over the next 10 years; Intel is supporting another SPP competition, the International Science and Engineering Fair, held for the first time this year.

Regeneron’s sponsorship is an all-around feel-good story: George Yancopoulos, Regeneron chief science officer and a first-generation American immigrant, was an STS finalist in 1976 (and Leonard Schleifer, Regeneron founder and CEO, was another STS participant); both express a strong desire to “give back” to science education. Regeneron itself is moving up in the biopharma world; its Praluent PCSK9 cholesterol treatment, co-marketed with Sanofi, is among the successes that have made both Schleifer and Yancopoulos billionaires.

There’s a neat history-of-science aspect to the transition. From its early days with Westinghouse, an electrical power giant in the 20th century, to Intel, the premier microprocessor manufacturer, to, now an up-and-coming biotech player. STS, now in its 75th year, has dozens of Nobel Prize, Fields Medal and other award-winners in its alumni ranks. The competition for the 2017 awards begins next month and will be announced next March. 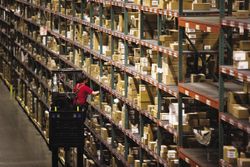